The United States vs. Canada: Differences in Investing

The United States vs. Canada: Differences in Investing

Investing has some universality to it, right? From Afghanistan to Zimbabwe, the human propensity for deferring today’s consumption to build tomorrow’s fortune should be largely the same. Of course, the real world is more complicated than that. In some nations, such as Japan in the 1980s, citizens saved so much of their income that the government actually encouraged them to spend more profligately. In other countries, populations employed mostly in subsistence agriculture barely have the means to save. However, what if we were to compare two similar charter members of the developed world? Two countries that share a language, much of the same culture, and a 5,525-mile border? 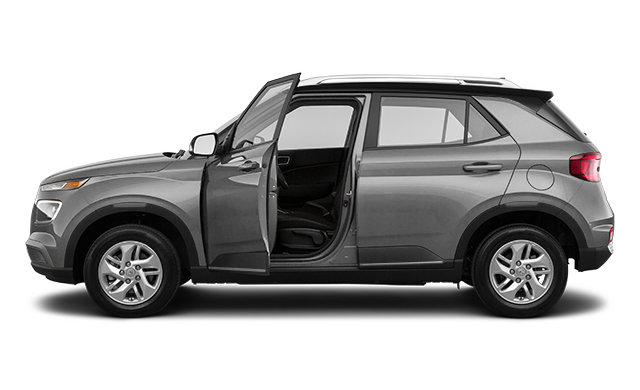 Neighbors to the North

Canadians’ doubtless objections notwithstanding, their nation and the United States are more similar than they are different. Our institutions are mostly trustworthy and secure, at least compared to those of most of the rest of the world, and both countries rank in the top 25 in the Heritage Foundation’s 2022 Index of Economic Freedom.

Despite similarities in economic standing, Canada’s financial market has experienced its fair share of unpredictable events that would even surprise its bordering neighbor. The TSX Venture Exchange (TSXV) is a venture capital marketplace, headquartered in Calgary, Alberta, with offices in Toronto, Montreal, and Vancouver, British Columbia. In other words, the exchange provides venture companies with access to capital while simultaneously protecting investors. The exchange belongs to its parent TMX group, as does the Toronto Stock Exchange, where the most senior equities are traded. The TSX Venture Exchange contains small Canadian stocks with more than 1,700 companies listed. The TSXV bills itself as the nation’s “junior listings market,” which is to say that almost all of the companies whose stock trades on it are longer on dreams than on solid financials.

The exchange and (more specifically) its antecedents have hosted some notorious cases of stock fraud. The classic example is Bre-X, a gold mining concern that in the mid-90s went from penny stock to $6 billion market cap (and $287 share price) in a matter of months. The company’s gold samples were fraudulent, but the insider trading was very much real. Though such improprieties are rarer today, penny stocks are cumulatively a major part of the Canadian securities industry.

In the U.S., such below-investment-grade issues are nowhere near as prevalent. However, numerous companies of the TSX Venture Exchange are included in the S&P/TSX Venture Composite Index. Over half of the companies listed in the index are basic materials stocks, such as mining and energy companies.

The U.S. boasts arguably one of the most stable market with the New York Stock Exchange, which is the largest exchange in the world. The liquidity (meaning shares can be bought and sold freely) provides investors with more choices of stocks and securities with a large number of sectors.

Canadian investors can gain access to international companies within the U.S. that generate most of their revenue from overseaspanies like McDonald’s Corporation (MCD) and Prble Company (PG) are typically considered reliable, stable companies that have steady earnings and consistent dividend payouts. Dividends are cash rewards that companies pay to their shareholders for investing in their company.

Both countries are oil exporters, although the energy sector comprises a larger share of the Canadian financial markets than in the U.S. However, the U.S. is now one of the largest oil producers in the world. For example, in 2018, the U.S. had higher petroleum and natural gas production than Russia and Saudi Arabia. For investors looking to diversify, the U.S. boasts more sectors and companies within various industries. Canada offers plenty of choices for those looking to buy into mining and energy stocks. However, the country’s healthcare and banking sectors not only have government backing but typically offer very attractive dividends.

The U.S. has been traditionally regarded as the world’s beacon of economic freedom with its market of consumer goods and services being regulated much less compared to other countries. The U.S. free-market system should make for easy exchange and opportunities to grow a thriving business-that, and a competitive banking system with plenty of market players. Whether these assumptions are true or not, the contrast in banking systems is one of https://getbadcreditloan.com/payday-loans-sc/florence/ the biggest economic differences between the two countries.

Assets are, to put it bluntly, concentrated in the hands of a few in Canada. A very few. Canada issues a sparse number of bank charters, meaning that the Big Five banks dominate lending and depositing. Canada’s five largest banks are as follows:

Canada’s Big Five control the vast majority of the country’s domestic banking assets-nearly 85%-with only a handful of smaller alternatives. However, the dividend yield paid by Canada’s top five banks is typically from 3% to 5%, which is 1% to 2% higher, on average, than most U.S. banks.

The top five U.S. banks manage approximately 50% of all assets held in banks in America, leaving many other financial institutions slicing off pieces of the market. The five largest banks in the U.S. are as follows:

The practical difference is that American investors have far more choices when shopping for loans. Granted, the sheer number of American banks means that bank failures are a somewhat regular occurrence, but for some consumers, that’s a tradeoff for not having an oligopoly in charge of the industry.

However, a counterargument can be made for stability over options given that the World Economic Forum has cited Canada’s banking system as the soundest in the world. Two small Canadian regional banks folded in the 1980s, and they remain the only banking failures in the country in the past 88 years. Too big to fail, indeed.