Center: Edgar Sanchez Lopez picks his seat at geology class at San Jose State University on Thursday, , in San Jose, Calif. Lopez, age 20, is an undocumented student with temporary legal status under Deferred Action for Childhood Arrivals (DACA). He is a sophomore student at SJSU, studying civil engineering. Lopez was brought to California from Mexico City when he was ten years old. Santiago Mejia/The Chronicle

This makes it sound as if the only options for students who are unauthorized immigrants in California are private loans and credit cards. Although they are not eligible for federal grants, loans or work-study, those students in California who meet certain requirements have access to the same state aid available to California residents.

All students have until March 2 to apply for Cal Grants and Middle-Class Scholarships for 2017-18 by filing either the Free Application for Federal Student Aid (citizens and permanent residents) or the California Dream Act Application (unauthorized immigrants). Many campuses use these applications to award aid from their own funds.

Cal Grants will pay up to the full system-wide in-state tuition at UC and California State University campuses, up to $9,084 (this academic year) at private colleges and up to $1,670 per year at community colleges.

Unauthorized-immigrant students who qualify for financial aid in California are often called Dreamers, after the California Dream Act. This can be confusing, because people who have qualified under the federal Deferred Action for Childhood Arrivals program are also called Dreamers. But the federal and state programs are separate. 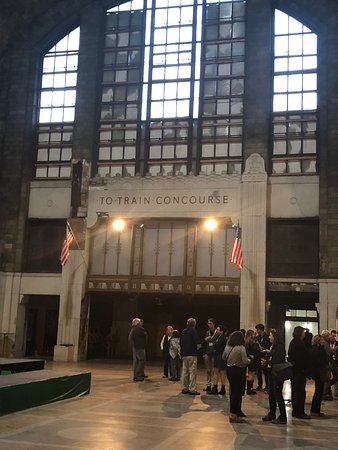 DACA lets certain unauthorized immigrants who entered the country before age 16 get deferred action from deportation and a work permit for two years, subject to renewal. It does not make them eligible for federal financial aid. But it does let them work legally in the United States, so they can help pay for college.

Even if they got a Social Security number under the federal program, the students must use the Dream Act application, not the federal one, to apply for state aid, said Lupita Cortez Alcala, executive director of the California Student Aid Commission.

Unauthorized-immigrant students who qualify for in-state tuition are also eligible for scholarships awarded or administered by public colleges in California, even if they are privately funded, said Dean Kulju, director of student financial aid for the Cal State system.

There are some private scholarships just for unauthorized-immigrant students. TheDream.US offers scholarships to DACA students at 75 partner colleges in 14 states, including California. Recipients of its national scholarships can receive up to $25,000 over four years. Facebook CEO Mark Zuckerberg and his wife donated $5 million to provide TheDream.US scholarships for students at participating Bay Area colleges. The application deadline is March 8.

Edgar Sanchez Lopez, a sophomore at San Jose State University majoring in civil engineering, is getting $6,250 per year from TheDream.US, along with about $7,000 in Cal Grants and about $5,000 a year from MVLA Scholars. Lopez came to California from Mexico City at age 10 and graduated from Los Altos High School with a roughly 3.8 GPA. He also works at a pizza place and a tutoring center.

Like many students, he’s worried what will happen if President Trump carries out his campaign pledge to revoke DACA. What’s the point of me even getting a degree if I’m not going to be able to work here? he said. It’s not my fault I’m here; I just want to make the best out of it and have a successful life.

Yongbin Chang, a e to California from South Korea at age 3 and graduated from Pleasant Grove High School near Sacramento with a grade point average well over 4.0. Thanks to DACA, he can work as a resident assistant in a dorm, which pays for his housing and food, and has a part-time job that pays $900 per month. In addition, he receives $12,000 a year in Cal grants, about $6,000 per year in scholarships and has a $4,000 per year Dream loan.

My case is not the typical undocumented student’s case, Chang cautions. I grew up poor, but my parents were academically minded. I know four or five friends who have not returned to college because they can’t afford it, are worried about their immigration status, or both.

He said most unauthorized immigrants have to work. For people who can’t work, if their parents can’t provide or their grades don’t hit the minimum (required for grants), they might have to resort to private loans.

If they can get one. Perez, 25, is a third-year DACA student at UC Riverside. On Aug. 26, Perez applied for a student loan on Wells Fargo’s website but was denied because she is not a U.S citizen or permanent resident. On Jan. 30, Perez and the California League of United Latin American Citizens filed a lawsuit in San Francisco federal court alleging that Wells Fargo’s denial violates federal and state civil rights laws. The suit seeks class-action status.

Perez said she came to best payday loans Liverpool the United States when she was 5, grew up in the Inland Empire and now lives in Los Angeles County. She wouldn’t say what type of financial aid she gets, but it’s not enough to cover my living expenses, my tuition, my books, my commuting expenses.